Pagan Heritage is a black metal band consisting of one man William Timmer and I
got to talk to him and catch up, this is what he had to say... 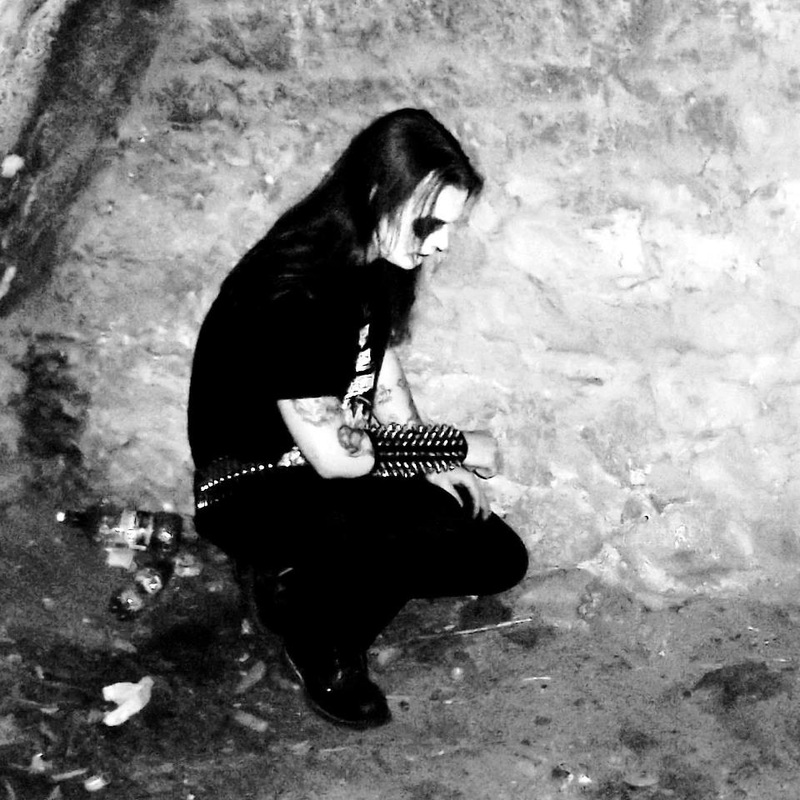 LS: I want to say that I have been a longtime fan of your music, yet it
seems like more than 8 years ago that I first heard your music.
Has time gone by for you as well?


William:  Yes it has for sure. Just after Pagan Heritage started I moved to Ireland and
lived there for 6 years and last year I moved to Austria. It has been a
rollercoaster ride with ups and downs but below the line there is a big plus.
Several releases came out, shirts, patches, etc. and I study A LOT!

LS: Who were some of your inspirations as a kid? Any band or musician that
you looked up to?

William: Yeah for sure, without any doubt Guns ‘N’ Roses, Axl Rose. Besides that I would have
to mention Alice Cooper and King Diamond. That is the stuff I listened to as a kid.

LS: In 2006 you released your first demo "The book of Shadows"
Tell me a bit about this release and is it still a special
album for you being your first or do you hold any regrets with it (being your first)...

William: Well it was actually released in 2005 as a promo. It was later released on Sword
Productions, also scheduled for 2005 but it had so many delays in release that
in the end it came out on that label in 2006. The release has all the first
songs that I wrote for Pagan Heritage. All very unprofessional (hahaha) my
microphone was an earplug from an MP3 player. That was all I had at the time. I
have many thoughts on the demo, good and bad. I have recently been thinking to
properly re-record some of the songs and release them together with some new
songs, will have to see what comes from it. I do not regret anything, regret is
for people who do not think first time around. I am very satisfied with the
release.

LS: Doing Pagan Heritage on your own....Have you ever thought of turning it
into a full band or bringing in any guests on any of your releases?

William: I never really had any thoughts of turning it into a full band as such, I did
however had, and still have I guess, to get some session musicians to work on
the songs to do a few live gigs. Besides that I do not want to work on the
material with anyone else, trust me, I am an impossible person to work with. I
do everything from writing, to playing, recording, designing artwork,
everything.

LS: In 2006 you released your second demo "Sieg um Jeden  Preis"
In just a year’s span and 2 demos. Did you see a greater response from one
verses the other from your listeners?

William: Well, like I said before, the Book of Shadows demo was actually from 2005 and the
Sieg um Jeden Preis demo actually was released within weeks from the first demo.
I think overall the response to the Sieg um Jeden Preis demo was much greater,
the demo sold out in no time and lead to my record deal with Candarian Demon
Productions for the first full length cd.

LS: You call your music "Black Metal" but when I listen to the
music and even see some of the art that goes along with your music I always
think "depressive black metal" Is this common and what are your thoughts on
that?

William: Good question! Pagan Heritage originally started under the name Zelfmoord, which is
Dutch for suicide. At the time most of the material I was writing was lyric-wise
very Pagan and into witchery and thus I changed the name of the band in the very
beginning. I do however like depressive black metal and it fits my mood most of
the time. I noticed that over the years the music and lyrics have progressed
much more towards the depressive black metal and it is actually coming back to
its origins. I think by now Pagan Heritage as a band name only covers a part of
what I do, but so does Zelfmoord. Pagan Heritage is by now such an established
name that I do not wish to change it to anything else. I am Pagan
Heritage.

LS: Finally in June of 2007 you released your first full length
"Forn Sed" on Candarian Demon Productions.
Can you tell me a little bit about what went into making this full
length and how long did you work on this album before its release?

William: I moved to Ireland in 2006 with my by now ex-girlfriend. After she left Ireland I
was basically on my own, didn’t know anyone yet and really went through a bad
time there. I then decided to just focus on my music. All in all between end of
2006 and 2007 I wrote and recorded about 20 Pagan Heritage song and for sure
another 20 other songs for different projects of mine. After Forn Sed was
released I kept recording and had another full length album ready after that but
besides two songs that second album is lost due to a hard drive crash and the
back up gone.

LS: I asked you earlier who your inspirations were, but at what point did
you decide that music was for you and you had the need to create? Was there any
other bands preceding Pagan Heritage?

William: Pagan Heritage was inspired by a few albums that I still love ‘till this day.
Immortal’s Diabolical Full Moon Mysticisms, Samael’s Blood Ritual, Darkthrone’s
Under a Funeral Moon, Graveland’s Under the Glare of Burning Churches and Burzum
– Burzum. I decided music was for me at a very young age. I played flute and
trumpet in several marching bands to give an example and it was Axl Rose that
made me wanna be a front man of a band. Before Pagan Heritage I was in a band
called Ermordet for which I was the singer and I was in a one man project
called “The One” which is still active today. That drive of creating is still
there. I have studied (self-study) harmony, musical form, instrumentation,
theory and composition and passed exams through the Royal Irish Academy of
Music.

LS: A lot of people think that black metal bands and members are not
"normal" . They think that they live a life different than the average person.
Would you say you are pretty "Normal" or do you see yourself as the black sheep?

William: I am neither. I am far from normal, which is good, normal is boring, On the other
hand normal is very relative. It depends on the values that you hold. I doubt a
Libertarian would find a staunch follower of Kant normal. I was at one time the
black sheep I guess. I just proved everyone wrong, I studied successful, have a
great job and of course my band is doing great.

LS: You did a split with the band Unjoy that was recently released
on Legion Blotan Records & Distribution.
How did that split come about and can you tell me if the song "Every
time you hurt me" has any personal meaning behind it?

William: I originally had a split planned with two separate bands, both did not happen,
one due to unfortunate reasons, the other because the guy is a dickhead.
Anyways, I bought this cd from Unjoy Worthless Life End and really like that
album and I just contacted Morbid of Unjoy and asked if he was interested in
doing the split. The label I am with, Legion Blotan, had been very very patient
with me as no music had to surface for so long, but the label still wanted to do
the split and now it is a fact and it is out. The song I wrote in Ireland, it is
not an autobiographic song.

LS: Any desire of playing live and if so, where would you like to play?

William: I do have the desire to play live and looking for some session musicians to do a
few live gigs, but after that no more. Where I wanna play? I would love to play
Europe, United States of America and Australia.

LS: I see you promoting your music ALL the time. You must be proud.
Any chance of getting some PR help or do you like to keep things "in house"

William: I am a proud person in general. I have no big label or promoter behind me, I do
everything myself except for the actual release of an album. It is hard
sometimes but on the other hand it is something to be discovered by people I
guess. If they do not find it, they miss something, not me. I am open to
suggestions but will never look or ask for anything on my own in terms of
PR.

LS: In total counting splits you have released 6 albums. Any specific one
that you are most proud of and what does the future hold for Pagan Heritage?
Maybe another full length in the near future?


William: That is like asking who is your favorite child, one loves them all equal and it is
the same for myself. I love all of them equally, they are all parts of my soul
and of my heart. I just bought new gear and will be working on a new full length
album and I am planning on releasing unreleased material and re-releasing Forn Sed on
cassette, so loads coming up to fill the veins of the hungry fans.

LS: Well thank you for your time and interest in this interview.
I would like to give you the opportunity now to say something to the
readers or possibly pass on some information that was not brought up during the
interview!

William: Thank you too.
If there are any labels or distros out there that are interested to
release some merchandise like shirts, patches, stickers or so, please contact
me through paganheritage[AT]tele2.nl